THE UNPREDICTABILITY of travel between Kingston and Ocho Rios, St Ann, has been cured with the completion of a toll road that will enable commuters to avoid the winding Mount Rosser road which connects Ewarton in St Catherine to Moneague in the Garden Parish. 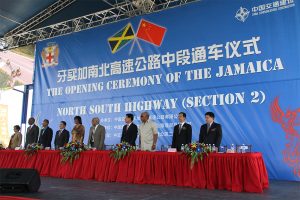 More than four years after the roadway was originally slated to be completed, the Mount Rosser bypass is to open its corridors today, welcoming motorists who desire the 15-minute sprint instead of a journey that sometimes takes several hours in the event of crawling trucks and vehicle malfunctions.

“You can now plan your travel,” said Dr Omar Davies, the minister of transport, works and housing, who, along with Prime Minister Portia Simpson Miller, will be opening the road today.

China Harbour Engineering Company (CHEC), the entity which is undertaking the project, has not indicated how much it will cost to use the toll road. Jennifer Armond, communications manager, CHEC Americas, said yesterday that the public will be able to use it for one month, starting tomorrow, without charge.

CHEC is spending some US$610 million on the project, US$75 million of which is thought to be spent completing the Mount Rosser bypass on which Jamaica had already spent US$120 million. The concession agreement, which gives CHEC the right to build, own and operate the road for 50 years, allows the Government to recoup the money spent on the highway over the life of the agreement.

The Chinese will also get 1,200 acres of land along the highway as part of the arrangement.

“The toll collected cannot service that debt. They are heading to further development – commercial, housing and tourism. Essentially, they are going to generate their own traffic,” Davies told The Gleaner.

Various businesses are expected to be constructed along the highway by the Chinese, and Davies said Jamaican businesses should seek to get a piece of the economic pie.

“I don’t expect local entrepreneurs to be able to put up US$700 million like this project is going to cost, but there are a lot of spin-offs that they need to get themselves ready to exploit,” Davies said.

Geotechnical problems, discovered along a 650-metre stretch, had forced the suspension of the project and the departure of then contractors, Bouygues Travaux Publics. CHEC then approached the Bruce Golding-led Government with a proposal to complete the project but it was never acted on because of concerns expressed by the Office of the Contractor General.

However, despite the same concerns, Davies, soon after he became minister in 2012, moved to secure the implementation of the project. Yesterday, he said the entire episode “has revealed to us many areas where we need to improve in terms of carrying out the tasks, which is to move a project of this nature along”. 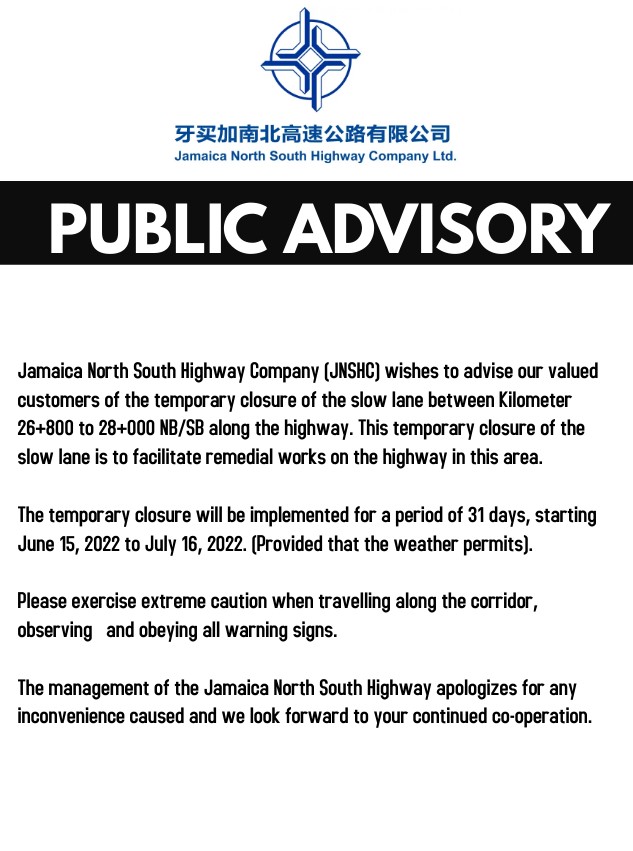